Rise of the Bigger, Better South

In many regards, I am a Southerner. Sure, I live in Seattle now, I was born in California, and my parents are both New Yorkers. But aside from two years spent in Hawaii during the mid-1970s, I was raised in the South and lived roughly 35 of my 52 years in Virginia, Georgia, and North Carolina. I talk a lot of shit about the South, but that’s because it’s been my home for the majority of my life, and I know from personal experience it can be better than its people often choose to be. 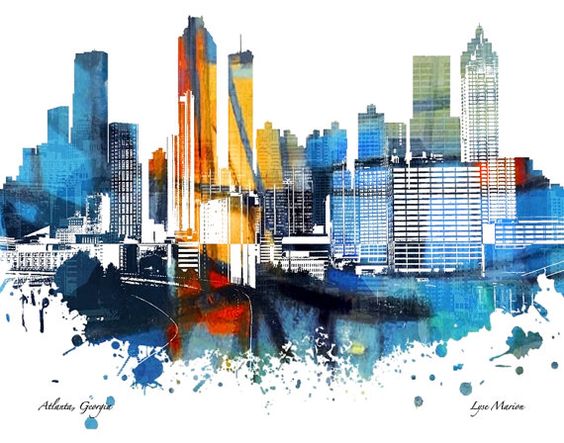 Speaking as a long-bred Southerner, I want to see the South rise, all right… the BETTER South. The smart South. The South of wisdom and hospitality, of great food and great people. The South that gave us Jimmy Carter and Martin Luther King jr, Aretha Franklin and Johnny Cash. The South of Stax/ Volt Records and the Southern Poverty Law Center… an organization formed and housed in Montgomery, Alabama. The South that’s a center of technology. The South freed from scourge of its addictions and the stain of its misdeeds.

I want to see the rise of the South that gave us Sj Tucker and Ryan Loyd, of Daniel Duncan and Glenda, Gayle and Amy Jordan, Duncan Brennan and Ann Lenore Taylor, the South of Rebekah Spencer and Christopher Sloan, Clarence Parkinson and George P Burdell III, Jackie Cassada and Nicki Rae, Stefani Olsen and Kevin Peck, Jane Palmer and Bill and John Bridges, Carla Hollar and Kristen Leigh Wood and Elizabeth Leggett and Owl Goingback and Coyote Ward and all the other awesome human beings I know from my South who are NOT anti-intellectual, Bible-warping, bigoted bottom-feeding trash.

Trae Crowder is absolutely right: The South is bigger than the white-draped hateheads, and better than the profiteering caricatures of redneck blackface that have become shorthand for the South in today’s socio-political climate. The South can overcome its legacy of slavery and genocide, not by going backward into a feudal fantasyland but by going forward into a future that’s the true definition of American greatness: not a bygone white illusion, but a promise finally fulfilled.

For far too long, a handful of avaricious slave-masters have assumed a caricatured Southern persona… even when, as with a certain Minnesota rich boy with a rebel-flag fetish, they’re not even Southerners at all. For fun, profit and power, these parasites continue to exploit the South’s weaknesses – its anger, its poverty, its history of hate and biblical devotion – all the way to the bank. They lie, they cheat, they ravage and destroy all they claim to hold sacred, and they know damned well what they’re doing but feel they’ll get away with it forever.

We do not have to let them. We should not let them.

Jesus does not smile on domestic carnage and willful ignorance. God did not bless the “peculiar institution.” The Bible does not let greedy bigots off the hook, and the words at the climax of Matthew 25 make plain the Christ’s feelings on such people. (Hint: “I will send y’all to hell.”)

Fellow Southerners, you are being lied to by people who make more money in an hour than you will make in your entire lives, and who do so by making sure you stay in your place and they stay in theirs. These people pit us against one another knowing that a large portion of us can and will be fooled by some colorful flags and mangled Bible passages.

Let’s prove it. Today and every day forward, y’all, let the South stand magnificent in the eyes of the world.

Award-winning fantasy author, game-designer, and all 'round creative malcontent. Creator of a whole bunch of stuff, most notably the series Mage: The Ascension, Deliria: Faerie Tales for a New Millennium, and Powerchords: Music, Magic & Urban Fantasy. Lives in Seattle. Hates shoes. Loves cats. Dances a lot.
View all posts by Satyr →
This entry was posted in Uncategorized. Bookmark the permalink.