Jamin Winans’ new speculative-fiction film The Frame opens worldwide this November. For folks who’ve not yet had the pleasure, Winans’ previous release – the net-cult classic Ink – is an absurdly imaginative urban-fantasy film whose monochrome aesthetic masks kaleidoscopic creativity.  Like Ink, The Frame is a movie Hollywood couldn’t possibly wrap its head around. And although you probably won’t hear a word about it from the Usual Media Suspects, this puzzle-box of a film deserves a place on your go–see-the-damn-thing list, for the following reasons… among many others besides.

The shopworn word sublime means “uplifted; inspiring awe; beyond the threshold.” Given The Frame’s increasingly surreal exploration of the concept of living within boxes, and of trying to escape them, it could be fairly said that the film literally breaks through its cinematic thresholds even as it emotionally uplifts its audience. Transcendence is a pervasive paradox through every element of The Frame. One of the final shots – a near-immobile climax of frantic activity – brought most of the preview audience to tears… with me being among them.

Despite the movie’s hyperactive trailer (which isn’t a terribly accurate reflection of the film), The Frame’s tension is more emotional than physical. That said, there’s no shortage of action, either. Based around the concept of TV shows and reality mirroring one another past the vanishing point of both, The Frame features two deeply human people – Alex (David Carranza) and Sam (Tiffany Mualem) – who may or may not be characters in shows that the other one watches. Sam’s an EMT with a low-income beat, while Alex is a reluctant thief trying to make the proverbial “last big score.” Each one has a made-for-TV life that seems utterly real to them, providing plenty of action while leaving the story’s true dynamics to the emotional fireworks behind that activity.

The Latino heritage of both lead characters stands in marked contrast to conventional moviehouse fare. Yet despite that contrast, the movie never makes a big deal about either character’s ethnicity. Alex and Sam are people, not tropes, and while one element of Alex’s backstory hinges on political upheaval, The Frame never stoops to Crash-style back-slapping or barrio clichés… thank gods.

The trite shorthand “they’re lovers from different worlds” may be literally true in The Frame, but the deepening bond between Sam and Alex skirts romantic clichés as ably as it sidesteps ethnic ones. Mualem and Carranza sell their emotional connection through quiet intensity, not explosive histrionics. Winans shows similar restraint, underscoring the situation with low-key melancholy that suggests more than it insists. The result is a haunting sense of beauty growing through gulfs of ugliness.

The Frame juggles our need for human closeness with the alienation of a screen-obsessed society. Both Sam and Alex stand even further outside of that society than usual, living TV-trope careers amidst squalid realities. Each person knows uncomfortable – ultimately lethal – secrets about one another’s lives, and their world goes to comical lengths to keep them apart. Yet the film never descends into the shoe-gazing angst that often characterizes tales of alienation, especially when they come from indie filmmakers… or worse yet, from Hollywood. The Frame feels refreshingly honest, and that quality – especially in a magical indie love-story – makes it feel passionately original too.

Indie-movie lovers often have to excuse stiff acting, muddy cinematography, rambling scripts, and other rough seams that seem inevitable with low-budget films. That was true with Ink as well. The Frame, however, displays Hollywood-level polish in its craft, while still providing perhaps its most essential quality…

For all the reasons above, The Frame undercuts the current Hollywood foundations by assembling familiar pieces in very different ways. Its thieves-and-saints components provide pop-cultural touchstones, but their context changes unpredictably. On a surface level, The Frame recalls the brain-tilting surreality that Christopher Nolan has built his career upon. But where Nolan fills the screen with high-end sound and fury, Winans glides between the rails of the Hollywood machine, pulling more genuine magic from a melting roof than Nolan manages with a warped cityscape. Such filmmaking is innately personal – large committees just can’t manage it. The Frame is the sort of movie only independent creators can produce; its jittery magic is not focus-group material.

By the time the movie’s title becomes most obvious, The Frame has captured a rare glimpse of wonder – not from bombastic CGI, but from the human pyrotechnics of love, loss, and a vast sense of spacious claustrophobia. And by stripping easy answers from shopworn clichés, The Frame transcends its cinematic box to become a mystic journey of intimate humanity. 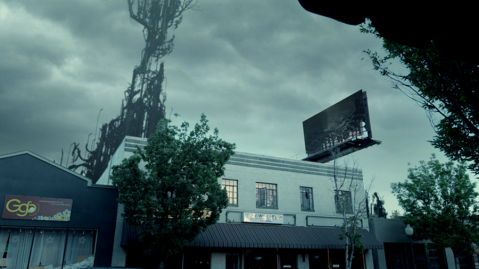 Award-winning fantasy author, game-designer, and all 'round creative malcontent. Creator of a whole bunch of stuff, most notably the series Mage: The Ascension, Deliria: Faerie Tales for a New Millennium, and Powerchords: Music, Magic & Urban Fantasy. Lives in Seattle. Hates shoes. Loves cats. Dances a lot.
View all posts by Satyr →
This entry was posted in Art, fantasy and tagged art, fantasy, magic, movies, urban fantasy. Bookmark the permalink.