Horror is not about zombies, or vampires, or even torture at the hands of maniacs. As we head into the season most associated in America [1] with horror, I want to point out that horror is more concerned with mortality than with decoration. 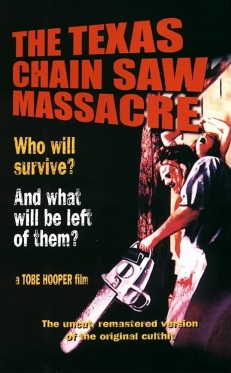 (“A home-movie from Hell.” 40 years in, still one of the best examples of a true horror film.)

More often than not, we get so wrapped up in the trappings attributed to “horror stories” – monsters, chainsaws, thunderstorms and so forth – that we forget what makes horror HORROR. As I’ve noted before,  artists and audiences keep confusing supernatural action thrillers with horror stories; thus, movies like Underworld  get classified as “horror films” because they have vampires, while truly horrific movies like Closet Land  get lumped under “drama” if they get noticed at all.

The key to horror as a genre is dread: a sense of fearful anticipation flavored with awe [2]. Generally, I think of “horror” [3] stories as tales taking place in a hostile world filled with dread, featuring characters who may or may not be “heroic,” thrown against threats they may or may not survive. Ideally, a horror tale, regardless of medium, evokes that sense of vicarious dread and impending doom in its audience. Through them, we face a vicarious thrill of mortality while remaining perfectly safe… safe, at least, in a physical form.

Like the faerie tales they resemble (and, in many senses, are), horror stories help us cope with the human condition by dressing up its challenges in larger-than-life style. As I wrote in Deliria: Faerie Tales for a New Millennium, faerie tales are not “escapes” from adulthood but methods of coping with adulthood [4] . In horror tales, though, the primary challenge faced is not adulthood but mortality – the intimate inevitability of death. Without that element, a story can have vampires, chainsaws and thunderstorms, yet be utterly without “horror” in the truest sense. [5]

(Bloody and spooky, but not scary.)

As a lifetime fan of horror films, stories and archetypes, I’ve noticed six approaches to horror that appear within such tales: 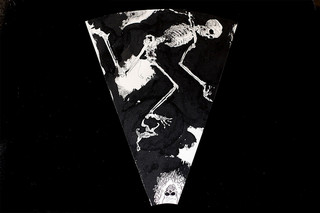 (Mister Bony Slips on the Banana Peel of Existential Dread, by Joshua Pelletier.)

Naturally, you can mix-n-match those six aspects of dread within a single tale. Everyone has different thresholds of fear, and so a story like Dawn of the Dead (which employs all six aspects [6]) carries a bigger punch than, say, Halloween (which nails Body, Social, perhaps Psychological and – if you push it – Existential Horror [7]) or the Friday the 13th series (which doesn’t make it past Body and maybe Social Horror… if even that much).

Each aspect has variations, too – elements within that group that play on certain related fears. Body Horror, for example, can be carved up (so to speak) into [8] Sex, Disease, Mutilation, Deformation, Excretion, Freakishness, Transformation, Decrepitude, Decay, Torment, and flat-out Gore. A true “master of terror” like Stephen King can play those aspects and their variations like an evil pipe organ – pulling stops, pushing pedals and striking chords all over the spectrum. Since different people have different “buttons” regarding dread, a well-rounded storyteller can employ the six aspects of horror and explore the many variations within those aspects as well.

Horror, as King often says, is the basement level of our daily lives. Down there, hungry alligators wait to devour us. Some folks have ravenous gators, quite a few have playful ones, many have ones that pop up unexpectedly, and large numbers deny that the gators are even there until those beasts eat their way up through the floorboards and devour our guests. (Many folks often deny them even then.) No one, however, is immune. Legacies of the human condition, those gators are always there somewhere.

And so, over the next few weeks, I of course want to play with some of them and share the results with you.

The human condition is ripe with terrors. Your fears might not be my fears, but none of us are without fear of any sort. Whether or not we enjoy confronting those fears through horror books or movies, the urge to look into the basement still haunts us. As Keef told Meghan in my now-defunct webcomic Arpeggio, no matter who we think we might be, fear finds us all. 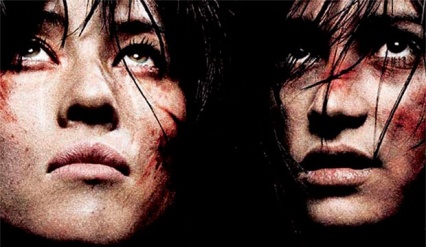 1 – Despite its Celtic roots, Halloween is largely unknown outside of North America as anything other than a series of movies and a reason to mass-produce junk for the American trade market.

2 – The word’s root comes from the Old English term ondraedan – “to advise against.”

3 – Some purists prefer the term “terror” over “horror.” Technically, horror refers to the physical sensation of fearful revulsion, while terror denotes a fearful state of mind. Regardless, “horror” has a better ring to it, and has decades of tradition behind this usage.

5 – The same is true of comedy, in which catastrophe is played for laughs. As I have often written, the difference between comedy and tragedy involves scope, pacing, consequences and connection: “Scope” is the size of the catastrophe, “pacing” is the speed of its events, “consequences” are the long-term results of that disaster, and “connection” measures how closely you can relate to it. Comedy, for the most part, is tragedy exaggerated to the point of absurdity. Replace “tragedy” with “horror” and you see why movies like Shawn of the Dead work so well.

6. On some levels, Zack Synder’s 2004 remake does so even better than the original classic Romero film. I still prefer the original, but both versions are brilliant, and the remake is far better than it has any right to be.

7. And fuck you, Rob Zombie, you fucking hack. Go back in the recording studio where you belong unless you’re able to make something original like The Devil’s Rejects again. That film, at least, was decently made and disturbing as hell. Quit pissing on your childhood favorites. 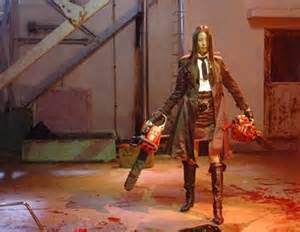 Award-winning fantasy author, game-designer, and all 'round creative malcontent. Creator of a whole bunch of stuff, most notably the series Mage: The Ascension, Deliria: Faerie Tales for a New Millennium, and Powerchords: Music, Magic & Urban Fantasy. Lives in Seattle. Hates shoes. Loves cats. Dances a lot.
View all posts by Satyr →
This entry was posted in Series Articles and tagged art, Gore, horror. Bookmark the permalink.

...everything you need to know about Alyssa Royse, and a lot of stuff you don't...