Beauty began to change. Her hair was almost always a tangle… she was almost always barefoot ― there were hard calluses on her soles. Her senses were so sharp that she could smell and hear things she had never known existed before. This was the happiest she had ever been in her life.

(Part III of a series; for Part II, click here.)

My first crush was a barefooter girl. So was my first wife, whom I met in a medievalist group. Cathi never brought shoes to Renaissance fairs, but she taught me to how to appreciate the kiss of wood and concrete. To us, they became sacraments of life…
******************

Feet seem intimate in ways that hands do not. Often soft and usually covered, the sole of a foot spends most of its time facing downward, toward the ground. To reveal bare soles ― as John William Waterhouse does in his paintings Pandora (1896) and La Belle Dame sans Merci (1893) ― betrays an almost shocking familiarity. Among many Chinese, it’s a grave insult to show one’s soles among company, and as recently as 2008, Indian tennis star Sania Mirza faced criminal prosecution for propping her bare feet up next to the national flag. While the soles of the Buddha may be religious icons, the soles of barefoot girls and guys become fetish objects. Where intimacy goes, outrage often follows. One could “catch” lycanthropy, for example, by drinking from a wolf’s footprint, and when witch-hunters pricked or burned suspected diabolists, certain torments involved the soles of feet.

An amount of degradation also applies to shoes and feet. To polish, fit or kiss someone’s shoes, after all, you must kneel before them and caress their lowest body parts ― those closest to whatever they happen to have stepped on… or in. Such acts can be seen as debasement, supplication, and ― once again! ― both at once. To fit Cinderella with her magical shoe, royalty (or its representative) first bows to a filthy commoner. The foot-washing Christ chastised his followers afterward, saying, “The servant is not greater than his master” (John 13:12). Witches were said to have kissed the Devil’s hoof in obeisance, and Eleanor Farjeon, in her 1908 poem Pan-Worship, declares:

The Pagan in my blood, in me

That yearns back to nature-worship, cries

Aloud to thee! I would stoop to kiss those feet,

Erotically, bare feet combine all those elements of vulnerability, rebellion, earthiness, intimacy, hedonism and innocence. Such overtones come through clearly in the tales of Anderson and the paintings of Pre-Raphaelite-artists and their peers. The “stunners” who modeled for this group ― particularly Lizzie Siddal, Fanny Cornforth, Annie Miller and Jane Morris ― epitomized the Sensual Faerie Woman. She might be a mortal Ophelia or an enchanting Circe, but she was almost inevitably barefoot… and, more often than not, a lover/ muse to the artists who portrayed her. Nor was this preference limited to the Pre-Raphaelites; Romantics like Francisco de Goya, Symbolists like Gustave Moreau, Decadents like Henry Fuseli, commercial artists like Alphonse Mucha, radicals like Pablo Picasso, idealists like Maxfield Parrish, and sensual malcontents like Norman Lindsay all portrayed the erotic (and occasionally disturbing) symbolism connected to bare or unusual feet… usually in the context of myths or faerie tales.

Contradictory symbolism intensifies when you add sex to the equation. In certain tales, like The Red Shoes, The Snow Queen or The Twelve Dancing Princesses, shoes reflect virginity, its loss, and the ownership of sex and little girls who grow up. Sometimes, though, we don’t want to grow up. In P.J. Hogan’s film retelling of Peter Pan (2003), the children literally hover on the brink of puberty, barefoot among landscapes that recall the ripe sensuality of Pre-Raphaelite artwork… with all the undercurrents this similarity implies. Although innocent, their journey spins them closer to the edge of adulthood than anyone, especially Peter, seems ready to go. 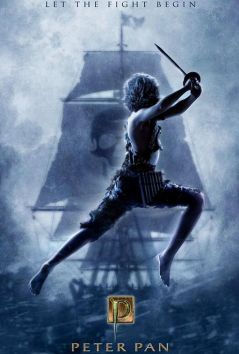 The rougher edge of sensuality appears during “The Tale of the Cinnamon Shoe,” from Catherynne M. Valente’s marvelous In the Cities of Coin and Spice. Here, the Dancing-Master ― who is, in actuality, that pair of cinnamon shoes ― alludes to such traditional hazards when he tells Solace, the Firebird’s Child:

I see you go bare-shod. This is most likely extremely sensible. Shoes are no end of trouble for girls, that tribe you seek in the dark. How many have danced to death in slippers of silk and glass and fur and wood? Too many to count ― the graveyards, they are so full these days.

His warning is appropriate… for it applies as well to him.

When faerie tales grow up, we call them “myths.” Somehow, that seems more respectable. Certain myths, like those of Oedipus or Diarmait, present injured feet as reflections of adult sexual aberration. In The Seven-Story Tower: A Mythic Journey Through Time and Space, Curtiss Hoffman declares:

The substitution of feet for genitals is often present… The wounding of the hero in this part of the body is very common in mythology, and usually refers to a sexual dysfunction.

This, perhaps, is the downside of potency. Philoctetes is bitten by a snake; Achilles is shot in the heel. Poor Oedipus probably gets the worst deal of them all; he’s subjected not only to torture, abandonment, incest and fate but also to being referenced ad nauseam by rabid Freudians.

On a more distressing level, the “lotus gait” adored by Qing Dynasty sex manuals justified the pinyin tradition, wherein the feet of young Chinese girls were wrapped so tightly that bones and muscles deformed. This fetish mirrors the more grotesque elements of the Cinderella myth, those infernal red shoes, and the brutish sentiment that women should remain “barefoot, pregnant and in the kitchen.” (A saying attributed, in paraphrase, to Arkansas Representative Paul Van Dalsem during the early 1960s.) Certainly, this “lotus-foot maiden” would seem appealing for her lack of freedom. Like the human slaves in the novel Elvenbane (by Andre Norton and Mercedes Lackey), her vulnerable feet would keep her from straying too far.

Such sentiments would appall free-soled heroines like McKinley’s Lissar, Cramer’s Mara, Jane Lindskold’s Firekeeper or Patricia McKillip’s Rois Miller. These untamed characters choose to remain literally “in touch” with their surroundings. Like Marina from The Butcher’s Wife (1991), Gillian from Practical Magic (1996), Jane from various Tarzan films or Esmeralda from Disney’s Hunchback of Notre Dame (1996), these women seem enchanted with their world’s rough vitality. Wolf-raised Firekeeper considers shoes a sign of human weakness, and Rois gets chided gently for her wild ways: Barefoot. And with rose-petals in your hair. You look like something conceived under a mushroom. The elemental connotations are clear; these ladies might be mortal, but they’re hardly civilized! 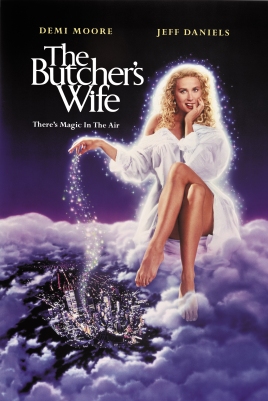 This essay first appeared as an installment of the Folkroots column from Realms of Fantasy magazine Vol 15, #8, December 2008. Originally titled “Foot-Notes,” it has been revised and expanded for this blog. Copyright © 2008/ 2014, by Satyros Phil Brucato. All rights to the illustrations remain property of the original artists, and no challenge to those rights is intended here.

Award-winning fantasy author, game-designer, and all 'round creative malcontent. Creator of a whole bunch of stuff, most notably the series Mage: The Ascension, Deliria: Faerie Tales for a New Millennium, and Powerchords: Music, Magic & Urban Fantasy. Lives in Seattle. Hates shoes. Loves cats. Dances a lot.
View all posts by Satyr →
This entry was posted in Art, Series Articles and tagged art, barefoot, faerie tales, folklore. Bookmark the permalink.