“It’s all yours. We don’t have the slightest idea what to do with it.” So spoke Ken Cliffe, my boss at White Wolf Game Studio, as he handed me the advance copy of Mage: The Ascension, first edition. This was 1993, and my introduction to game design.

From summer ’93 until winter ’98, I helmed this purple-cloaked beast. Since then, I’ve managed other game lines, notably Mage: The Sorcerers Crusade and Deliria: Faerie Tales for a New Millennium. In that time, I’ve journeyed from part-time Pagan gamer to full-time Pagan author, learning volumes about magic, gaming, publishing and myself.

I could fill a book with the observations of a Pagan game designer. (1) One of the biggest, though, concerns the seductive magic of the roleplaying medium. First-hand, I watched the “satanic panic” of the 1980s (2), and as absurd as that fiasco was, I’ve also recognized that roleplaying can manifest a gamer’s inner landscape. I feel that’s usually a good thing ― it certainly was for me. All the same, there’s a distinct intention involved when you manifest imagination. If you’re a serious gamer, it’s healthy to check in occasionally with your world. And if you’re an RPG designer like me, I believe you’re somewhat responsible for the invitations you extend to your audience.

Although gamers often sit on their asses, roleplaying itself is active. If your imagination does nothing, your character does nothing. Moreover, your world demands collaboration. A “game master” may set the stage, but in a true roleplaying situation (3) , all players contribute to the experience. In turn, these contributions mirror the loves, fears and desires of the gaming group in question. On all levels, then, a roleplayer manifests her active imagination. Sound like magic? It kinda is.

Until Mage, RPG “magic-users” bored me. The complex mathematics and limited potential of wizened spell-chuckers never seemed very “magical.” Mage, however, changed that perception. In its bewildering first edition, Stewart and Steve Wieck presented magic as a metaphysical extension of the mage. Running with that premise, I turned Mage into a manifesto: Join the battle for reality! In a very real sense, I wanted my players to get up from their tables, go outside and change their world.

Ah, yes… change it into what? I’ve pondered that question throughout my design career. To answer it, I’ve talked, listened, read, meditated, prayed, and looked overall at the world I see, then used that interactive medium to reflect its most desirable and undesirable aspects. In Mage, I asked: “What if you had the power to change the world? What would you do with it… and what would it do with you?” (4) I left the answers to my fans’ discretion, but showed where extremity and carelessness can lead.

Heading a line about magic in a “World of Darkness” (5), I felt wary about the doors I opened for my fans. After all, undead vampires and towering werewolves do not exist (6); magic does. And since I was inviting people to play with magic, I also wanted to be careful about what I invited them to do with it. Thus, no book under my tenure endorsed “black magic” from a player perspective, (7) and there were moral and metaphysical consequences built into Mage’s systems and setting. In that world, as in ours, actions and intentions mattered.

Roleplaying channels a gamer’s imagination. That’s a license to safely remake the world in your image. Such reinvention can, as Andrew Rilstone wrote for Inter*Active Magazine, inspire you to ask questions and learn answers about your world. (8) Considering that conformity and obedience are prized social attributes, however, such questions and their answers can seem ― or even be ― dangerous. Talk about subverting the dominant paradigm!

(Recently, I met a guy who’d been born with Multiple Sclerosis. When I asked him how he coped with his limitations, he told me that Mage had helped him realize how ephemeral those limitations were. How much more subversive can you get?)

There’s a shadow side to this potential, too. Folks who’ve “lost” loved ones to the SCA or “Evercrack” (9) understand how seductive roleplaying can become. Again, it’s like magic: what you get out is what you put in… plus a little extra. Sure, an RPG can help you find your inner self. “But,” as Bill Cosby asked about cocaine, “what if you’re an asshole?” (10) RPGs can unlock that element, too. Does each “evil” character mask real-life murder? Of course not. Still, if all your characters are psychotic killers, you may want to ask yourself what’s going on inside.

Working at White Wolf could be disconcerting. While most of the fans we encountered were cool, there’d be the occasional nut who wanted to know if The Book of Nod (11) was real. Generally, a firm “It’s fiction!” set those folks straight. Still, such moments kept me honest. If I wanted Mage fans to question ― even remake ― reality, I had to be sure the reality I offered them was constructive, if not always pretty.

Creativity, by definition, is constructive. But as any magician knows, you can create all sorts of unpleasant things. That’s especially true with RPGs, which ― thanks to their wargame origins ― often focus on violence. As Mark Rein•Hagen wrote in Vampire: The Masquerade, RPGs excel at shadowplay, too. (12) By assuming a monstrous persona (13), a player can learn more about her monstrous side. What she does with that learning (if she does anything at all) becomes her responsibility, not the designer’s. Still, if I said, “Be EEEEE-villlll!” without structure or consequence, I’d be somewhat responsible for the aftermath. As much as I value the Shadow and its blessings, I’m careful about the kinds of Shadows I invoke. That goes double when I’m inviting someone else to invoke their Shadows, too. Sometimes, designing RPGs feels like casting spells by remote control. You’ve gotta trust strangers not to screw things up. 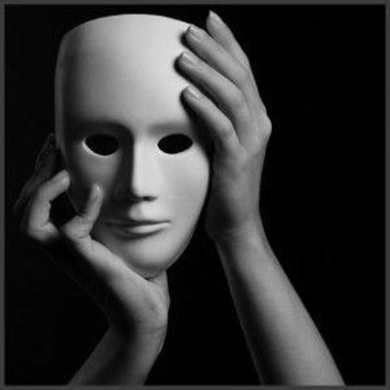 So are RPGs magical? I’d say they are, though in a creative, not occultist, sense. Are RPGs healthy? That’s an old debate. At one extreme, opponents blame the medium for antisocial behavior; at the other, advocates insist that RPGs are good for you. (16) My view spans a spectrum. Most gamers I know are unusually sane, if only because they flex their imaginations. Still, I’ve seen folks flex those imaginations a little too far. And just as careless athletes can sprain their muscles, I feel that careless gamers can “sprain” their realities when the imaginary lives they weave seem more welcoming than their own.

Sure, roleplaying is play, but it’s serious play. I suspect the unconscionable behavior and detachment of gamers who “forget themselves” manifest when folks ignore their responsibilities in this world. If you invest energy into an activity, even a “game,” you metaphysically bring aspects of it into being. Folks who really believe in magic understand this principle fairly well. It’s folks who believe in nothing that you need to watch out for! (17) 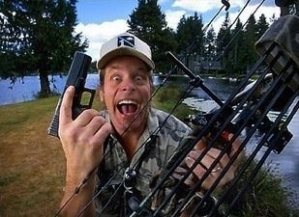 In gaming, magic or both, creativity demands responsibility. To create means “to give flesh”(18), and while the idea of “summoning” your Anti-Paladin is absurd, there’s a definite bond between a roleplayer’s psyche and the characters she creates. As a gamer, designer and Pagan, I adore the creative and destructive elements of RPGs. That said, I have issues with the careless mentality behind many games… and gamers. Like the saying goes, “As above, so below.” If you view roleplaying characters as avatars of your Self, check the mirror occasionally and ask yourself what you see.

1 – None of which involve the mythical “conspiracy of satanic game designers!”

3 – In which players invest significant energy and imagination “role-playing” original characters, as opposed to “button-mashing” with superficial or pre-generated ones. D&Doften involves roleplaying; Tomb Raider does not.

7 – My Renaissance supplement, Infernalism: The Path of Screams, addressed dark wizardry from a sympathetic but doomed perspective.

8 – Issue #1, “Editorial.” Due to legal claims, the magazine’s title became Inter*active Fantasy with the next issue. Sadly, the periodical lasted only four issues, from 1994-1996.

9 – The Society for Creative Anachronism, and the sarcastic nickname of Everquest. 2014 update: Yeah, this reference is outdated. Does Everquest even exist anymore? Substitute World of Warcraft to bring the reference into the current decade.

10 – (A guy said cocaine) ‘intensifies your personality!’ And I said ‘Yeah, but what if you’re an asshole?’ From Bill Cosby ― Himself.

13 – The root of monster, incidentally, means “to behold or reveal.” See Webster’s.

14 – I have done my best to separate actual belief systems from my RPG work… I used none…  To think of the RPG as anything more than a game for entertainment… seems pretentious to me. ― Gary Gygax; see Lynch/ Gygax.

15 – The Secret Service sacked Jackson’s offices in 1991; in 1993, he won damages against them. See Wikipedia: Steve Jackson Games.

17 – I wish more folks would consider the energies they invest and manifest in “mainstream” sports like football, hockey or wrestling!

[This series of essays originally appeared in newWitch magazine, and is copyright(c) Phil Brucato 2006-2007. Permission is granted for links and reposting with attribution, denied for repriting for profit or reposting without rightful attribution. All artwork copyright(c) its original copyright holders and/ or creators.]

Award-winning fantasy author, game-designer, and all 'round creative malcontent. Creator of a whole bunch of stuff, most notably the series Mage: The Ascension, Deliria: Faerie Tales for a New Millennium, and Powerchords: Music, Magic & Urban Fantasy. Lives in Seattle. Hates shoes. Loves cats. Dances a lot.
View all posts by Satyr →
This entry was posted in Bio & Interviews, Mage, My Work and tagged aspecting, Deliria, gaming, Mage, magic. Bookmark the permalink.

Race, Gender, Politics, and The Horrific

Now Available on Amazon, Kobo, B&N and more...See below for details!